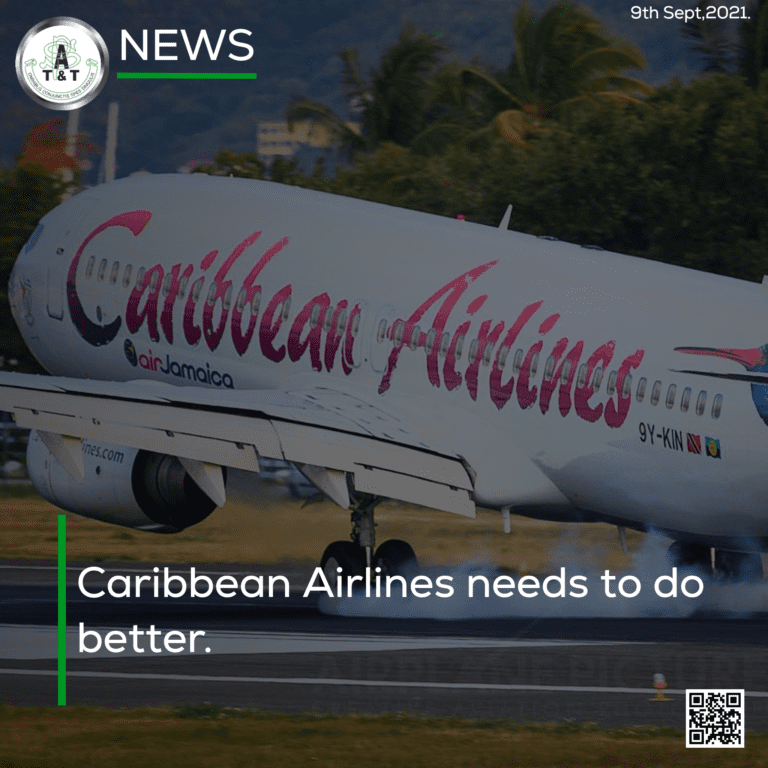 Caribbean Airlines may have increased the number of flights between Piarco International Airport and Crown Point, but some persons who use the service frequently are still reeling from the inconvenience.

In a media release on their Facebook page, the airline signaled that beginning on September 8, it will increase the flight frequency on the domestic airbridge between the islands to four daily return services, which is an increase of one more flight per day. The airline is also operating at 75 percent seating capacity presently.

However, Public Services Association trustee, Kellon Wallace, who travels due to work obligations between both islands thinks this arrangement still leaves persons in an uncertain and unpredictable position. He said, before the pandemic, there were about a dozen flights per day and even during the pandemic there were more flights but at less seating capacity.

Commenting on the new arrangement, he said, “If I have meetings and other in-person activities that need to be carried out, I cannot at the drop of a hat say I can reach Tobago or confirm a date because of how ticketing takes place.” He went on to explain that tickets have to be now pre-bought. “You can only go on standby. You have to buy tickets way in advance if you want a ticket confirmed. Other than that it is standby and then hope to get on a flight.”

Wallace also noted that the whole arrangement between the Caribbean Airline service seemed to be a matter of convenience. He pointed out that his reason for saying this is because: “Right before the elections flights were operating as usual but just at 50 percent capacity. Then there was a spike in Covid-19 cases and it was locked down again.” He also pointed out that at Easter time flights were opened up once again.

Another person who preferred to remain unidentified but works at Swissport, which is a company that deals with the handling of the baggage and luggage at the airport, says he has been affected because his working hours have been severely cut. He says he has had to live on four and sometimes three days pay for the fortnight and that is working between four to six hours on the day that he is allowed to work.

A few days after PSA President, Watson Duke had complained via a Facebook live broadcast on Independence day about the lack of air transportation between the islands, Prime Minister, Dr. Keith Rowley had announced at a media conference which he hosted in Tobago that he would have spoken to Caribbean Airlines to have the number of flights increased.