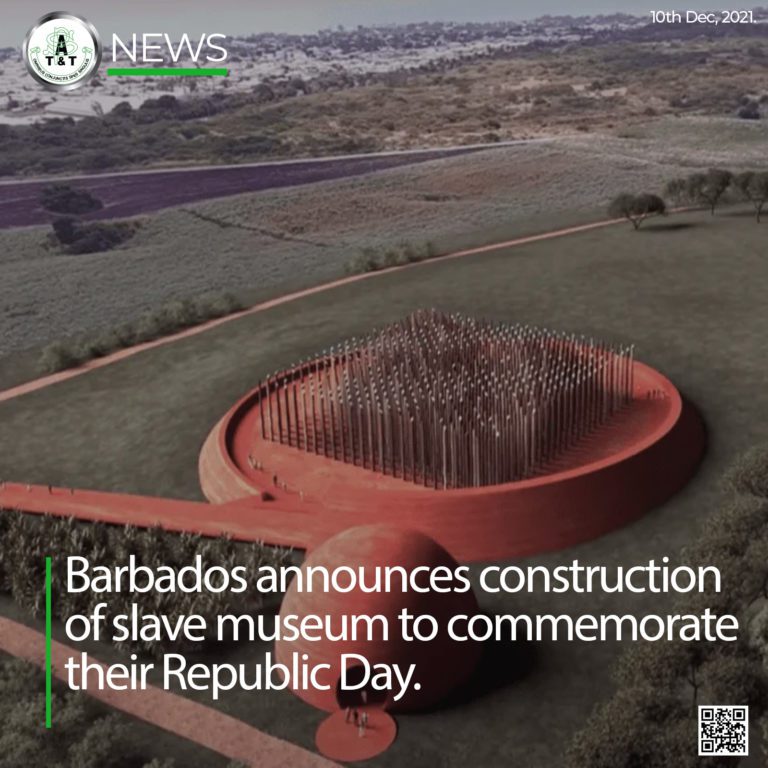 Prime Minister Mia Mottley has announced that her country will construct a transatlantic slave museum just outside the capital city of Bridgetown. That announcement and the historic achievement that Barbados undertook to mark the country’s full sovereignty from the British Monarchy were separated by mere days.

The November 30 Republic Day ceremony in Bridgetown marked the first time a member of the royal family had attended the handover of a realm to a republic. Prince Charles in a speech to the people of Barbados acknowledged that slavery was an atrocity.  In delivering a message from his 94-year-old mother, he conveyed the warmest wishes and congratulated Bajans by saying: “From the darkest days of our past, and the appalling atrocity of slavery, which forever stains our history, the people of this island forged their path with extraordinary fortitude.”

“Tonight you write the next chapter of your nation’s story,” he added. “You are the guardians of your heritage.”

Barbados, Prime Minister, Mia Mottley in a statement a few days ago said that the four-phase project will include a museum, global research center, and memorial. Work on the complex is scheduled to begin on 30 November 2022, to mark the first anniversary of Barbados becoming a parliamentary republic. The design is based on blueprints created by the celebrated British-Ghanian architect, David Adjaye who was behind the outline of the Smithsonian’s National Museum of African American History and Culture.

The site will be erected on a former sugar plantation and is the island’s largest and oldest known enslaved burial ground. In the 1970s, archaeologists excavating the site discovered the remains of 570 enslaved West Africans buried in unmarked graves.

The complex will comprise a research institute and museum and will be the first Caribbean memorial and archive of its kind. Significantly, it will also be the new home of the Barbados Archives, a major historical archive dating back 400 years and encompassing tens of millions of pages of documents relating to the transatlantic slave trade—making it one of the world’s largest catalogues of the British Empire’s direct involvement with African slavery. The materials include ship registers, slave sales ledgers, marriage licenses, and manumission papers among many other documents and records.

“The district’s research institute will document Barbados’ pivotal role as the harrowing portal through which millions of enslaved Africans were forced to the Americas,” Prime Minister Mottley said. The newly homed archive “Will enable Barbados to authoritatively map its history in lasting, healing, and powerful ways,” she added. “It will unearth the as-yet untold heritage embedded in centuries-old artifacts, revealing both Barbados’ history and trajectory into the future.”

Adjaye’s design will be “inherently African”, the Prime Minister said, stating: “The cycle of birth to death, born from the Earth and returning, will become manifest and mediated through architecture.”

After the United Kingdom(UK), Barbados has in its possession the second largest collection of British slave records.