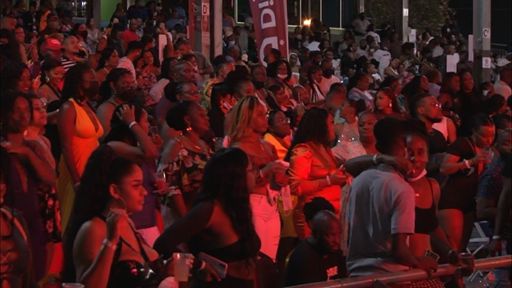 The Bar Owners and Operators Association of Trinidad and Tobago is calling for equitable practices surrounding adherence to public health regulations at safe zone events, which were held during “A Taste of Carnival” celebrations.

At basically all of these events, patrons were seen without masks and there was no adherence to social distancing. This caused many to take to social media expressing their concerns and with some even questioning the effectiveness of the regulations following such events.

Health Minister Terrence Deyalsingh stated that enforcement of the regulations is left up to the discretion of the Trinidad and Tobago Police Service.

It is with this, PSA media spoke with the association’s president Satesh Moonasar on Tuesday who explained to us that they have been penalized for partaking in such activities at their premises. This, he said, is unfair and as a result, the association is calling for a lifting of certain aspects of the government’s public health protocols.

“We are seeing that everything that we have been penalised for is being allowed, which is something we are not against, but we are saying we should be able to have the same opportunity.”
“So what we are calling for is 100% capacity at safe zones,” he said.

In a statement on Tuesday, the association said that they would’ve met with the Acting Commissioner of Police McDonald Jacob, together with other top-ranking officers of the TTPS on the 18th of November 2021 where all these issues were discussed. They also provided relevant information supporting these claims, but the association said that to date, absolutely nothing has been done.

In addition, the Bar Owners Association said that the only way the current safe zone initiative can continue to be effective is with equitable enforcement and this, the TTPS has shown that they are incapable of doing.

Mr Moonasar during our conversation then explained that there seems to be a contradiction. Therefore, he suggested that the regulations be reviewed, taking into consideration that COVID-19 restrictions are being dropped in countries around the world.

“Everything is contradicting to what we have seen over the weekend…so we need to streamline the situation, we need to get the restrictions reduced and in line with the signs and the science that is presently happening,” he further stated.

Meanwhile, at Wednesday’s Ministry of Health media briefing, Health Minister Terrence Deyalsingh refuted such claims of unfairness and inequities. According to him, there have been no double standards on the part of the government, as owners must accept the responsibility of patrons on their premises.
He again said, “The enforcement of the safe zone regulations and/or rules and to determine if the regulations are being broken or breached and to charge people is the responsibility of the TTPS.”
And with many citizens now questioning the effectiveness of the public health regulations now that they were clearly disregarded, Minister Deyalsingh said that further lifting of restrictions are being looked at as our COVID-19 figures seem a bit encouraging, but there is no time limit as to when the population will see further liftings.

“We are always looking at the numbers to see how things can be eased up. I don’t have a date for you yet, those decisions are ultimately made by the Prime Minister, but we continue to watch the figures, the figures are encouraging….this virus is still around us,” the Minister added.