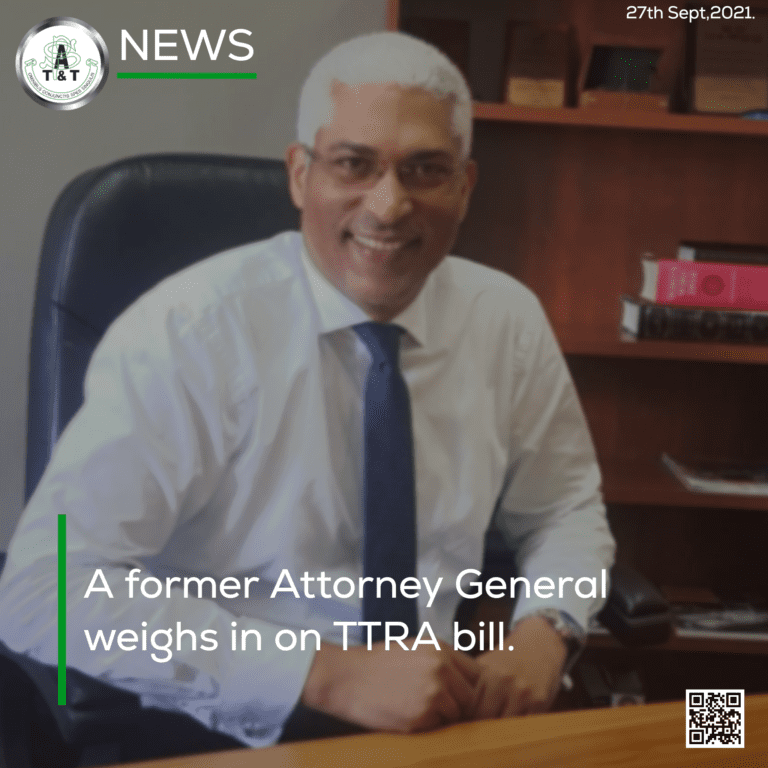 The leader of the Movement for National Development (MND), Garvin Nicholas is concerned that the independence of institutions is being weakened in the country presently. Nicholas spoke to PSA media last week and weighed in on the Revenue Authority(TTRA) bill that was passed in the Senate earlier this month. He said that there is no real reason for the Finance Minister to be given more control of the Authority except that the Minister wants more power. “So instead of the institutions being strengthened, making them more independent, what you really have happening is the institutions being weakened because they are being more politicized.” He said.

Nicholas, who is a former Attorney General under the Peoples Partnership administration in 2015 cautioned that it is something that democratic states need to be vigilant about. He said, “In the best democracies around the world, what sets them apart are their strong independent institutions.” Nicholas also used the present controversy involving the Police Service Commission to make his point. He said: “Today we have a living example of the Police Service Commission, which is an independent institution but certainly based on what has been happening there is a strong suggestion that there has been political influence driving some of the decisions which now brings it into disrepute.” He continued by likening that circumstance with the provisions in the TTRA bill. “Similarly, if you have a Revenue Authority that people believe to be politically biased then persons will have less trust in the institution as a whole and that weakens our democracy. So politicians should never seek to politicize institutions,” he said. The MND leader opined that institutions dealing with law, finance, and justice should be off-limits for politicization. He said those institutions are hallmarks that keep our democracy in check.

According to Nicholas, the issue is not a question of law but a question of management at these institutions. He said that the Board of Inland Revenue(BIR) for example has all the authority to ensure that tax is collected. He said, “The real issue is the effectiveness and efficiency of collection.” He pointed out that manpower is required at the BIR to solve its problems and added, “You can change all the laws that you want, but if you do not have proper management then the institutions would not function effectively.”

The former senator also raised some concerns about the timing for the change of the Revenue Authority. He said, “Every time you form a new institution significant expenditure is incurred because you now have to change over the name, you have to restructure employees, some people may have to be paid off, some people may resign, you have new contracts, new hiring processes. So, a lot of expenditure comes with new institutions. So at a time when you are concerned about your revenue intake, you should not be creating more objectives that will create more expenditure.” He advised that the alternative would be to upgrade and make the existing institutions more efficient.

Earlier this month, the Revenue Authority(TTRA) bill was passed in the senate with the opposition and one independent senator voting against the bill. Both the United National Congress(UNC) and the Public Services Association(PSA) have since warned that they will challenge the legality of the bill if it is passed into law.